While their masters are away, a wife takes up residence in the main house and tries to coax her nervous husband to join her. A housewife ventures out into the world, looking for work after her husband’s pay is cut due to a merger of his bank with an American investment firm. A father returns to his village to negotiate a dowry with his childhood friend, an aspiring politician. A man engaging in an illicit affair thwarts a carjacking and confronts the would-be thief’s family. Nadeem Zaman’s collection of short stories, Up in the Main House, presents the human dramas and daily rhythms of contemporary Bangladeshis living in Dhaka in vivid and captivating detail.

Alice Stephens: The eponymous story of your short story collection, Up in the Main House, depicts servants living their lives in the shadows of their masters. This uneven power dynamic—both between the classes and the genders—is a theme that runs through the book. Was it your original intent to write a collection of stories around that theme?

Nadeem Zaman: Credit for finding that binding theme for the collection goes to Chris Heiser and Olivia Taylor Smith at Unnamed Press. When I was writing the stories over a period of about three, four years, I was aware of focusing on a specific aspect of Dhaka life, and that focus was consciously on the servants and the “downstairs” lives, but binding the collection together in the upstairs/downstairs dynamics was the doing of the great editors mentioned above. Originally, the city of Dhaka was the common denominator as I wrote the stories. 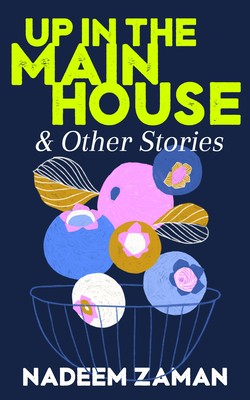 NZ: Yes, I did write them primarily with an American audience in mind, only because this is where I live, and my vantage is shaped by living here most of my life.

It was not until much later, after being incredibly frustrated with the American publishing sphere that I had a Eureka moment and thought, “Maybe I need to take these stories to the very place where they’re set!” And so, after making a connection with Bengal Lights Books in Dhaka, the collection was published there under a different title. As far as challenges go, my experience has been that while readers are eager for stories from around the world, it’s the often myopic worldview of the American publishing industry—by that, I mean largely the big publishing houses—that gets in the way. Thank goodness for indie presses!

Now, of course, not every nuance of Bangladeshi culture will speak to American readers; it’s not supposed to, and that’s not my intent. People have connected with the book for many reasons, from liking the stories for what they are, to seeing a part of the world they’ve not seen or know much about, to issues of the power dynamics you mentioned.

AS: And for the power of the writing as well. Many of the stories depict the intertwined lives of the lower and upper classes, as opposed to the US where the classes rarely mix. What are the implications of these intimate yet rigidly hierarchical relationships to a society? Does familiarity breed contempt or empathy?

NZ: The difference between the class distinctions as evident in day-to-day life in Bangladesh and the US is size. Bangladesh is 56,000 square miles, smaller than Wisconsin, with a population of 162 million. Dhaka is at almost 9 million. Wealth disparities are in your face all the time, whereas in the US, similar kinds of disparities are spread out.

Among the über-rich in Dhaka, the sense of belonging to a “superior” status is part of existence. The implications are not so much different than they are here in the US: status quos kept in place by the few with money and power, huge inequalities and inequities, and exploitation of labor and human capital. Add to that the multinationals from around the world that set up shop there because they can get away with bucking protocols and safety standards that they would never be able to cheat here and the cheap labor, and you have more layers keeping the class divides in place. I want to say, hope at least, that there is some empathy. For me, having been born into that rich upper crust in Dhaka, these stories were the way to that empathy. 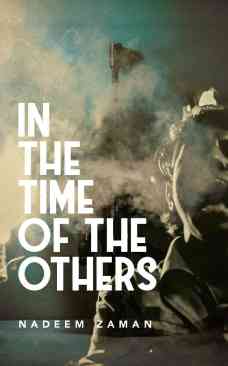 NZ: In the Time of the Others was a novel I wanted to write as long as I’ve been writing, which is basically all my life. After many rounds of rejections from agents in the US, I finally threw up my hands and started seeking out South Asian platforms, hoping to find allies, people who would “get” why this story is important without trying to reach the so-called “mainstream” readership of the West. A wonderful editor and publisher named Farhana Shaikh in England read the manuscript and suggested I needed an agent to get me to the next step, and recommended Kanishka Gupta of Writers Side in New Delhi. Kan read it in a week and accepted it. It was not a breath, but a blast, of fresh air! After the excruciating slowness of trying to break into the big US publishers, to not only have such rapid communication but communication that was positive, it was just the encouragement that I needed.

I’m sure you’ve heard the punditry about short stories from a new/unknown author being hard to sell, if not impossible, and having a novel in the works is a must if it’s going to work at all. Sometimes I just shake my head at such well-intentioned but incredibly misguided pieces of wisdom, as if there were a formula to do it just right. My goodness, if there were, wouldn’t we be publishing books right and left? That said, as far as on an editorial level, the experiences were pretty similar: taking the book line by line, finding plot holes, problems with the storyline, places that might need more work. With the stories, of course, this process had to be catered to each individual story. With the novel, these and other elements had to hold the book as one continuous story consistently.

The big difference between having a book published out of India and one out of the US has been the readership and exposure. The novel was reviewed in some major Indian and Bangladeshi journals, but had no presence in the US or Europe. It is, however, listed in TANK magazine out of the UK among books that didn’t get a Western release that are notable. The issue is out now. Please check it out. With the collection, my work reached an audience here, of course, and my name gained some traction. I found a terrific review of it in The Hudson Review that I didn’t even know was out there.

AS: The stories of Up in the Main House are set in Bangladesh, your novel in East Pakistan. Do you plan to write about America? Have you ever been tempted to write the Great American Immigration Novel?

NZ: Well, I recently put together a collection of long stories that take place in Chicago in the Bangladeshi American community, mostly. That is, their focus is not so much the “immigrant experience” as just life happening to people who are Bangladeshi/Bangladeshi American. The binding theme is infidelity and its aftermath, the complexities it creates in families, and how people cope and come out on the other end.

You know, I wouldn’t know where to start with that Great American Immigration Novel, mostly because I think it already exists in a combination of multiple novels by authors from all over the Subcontinent living in the US. Lately, I’ve been more interested in the next phase of immigrant life, if you will. By that I mean the generations that have been American for long enough that their experiences are different than their parents’. I wasn’t born here, but if I had been, I would belong to a narrative that would be markedly different from the one of my parents. And so, the new stories I’ve been working on are more about being here instead of trying to “acclimate” or “fit in” or facing those bigger issues of being immigrants, which, in their own way, show up organically if they serve the story. As far as a novel, the one I’m currently rewriting is actually a family saga that takes place in Dhaka and Bengal and Bangladesh over 300 years. Perhaps for another conversation?

AS: That will be our next interview! What is the contemporary literary scene like in Bangladesh?

There are some wonderful, dedicated, and intelligent people driving the literary scene there. In 2017 and 2019, I attended the Dhaka Lit Fest, which is the big annual event in the region. There are literary journals in English and Bangla that publish writing from Bangladesh and around the world. Rifat Munim is a writer, editor, and translator who also runs the Dhaka Tribune Arts and Letters section, and he does a superior job of bringing voices and works together from one issue to the next that has already become a tradition.

AS: Can you recommend some further reading in Bangladeshi or Bangladeshi-diaspora literature?

NZ: Yes! Arif Anwar’s The Storm, Sharbari Zohra Ahmed’s Dust Under Her Feet, Ikhtisad Ahmed’s Yours, Etc., Mahmud Rahman’s Killing the Water, K. Anis Ahmed’s The World In My Hands. Shabnam Nadiya is a poet and translator whose work is also part of the current and future of Bangladeshi/Bangladeshi American writing.

AS: You and I have commiserated on the challenges of being a writer of color. Mainstream publishing shouts from the rooftops that they want authentic voices but when the rejections come, they tell a different story. What are some of the most surprising things people have said when rejecting your work? Do you see opportunities improving for those who write outside of the white gaze? And what advice do you have for aspiring writers of color?

NZ: One of the most, I would say, infuriating as well as surprising responses in a rejection was my work would be difficult to sell to “an American audience.” I have a pretty good idea what “American” stands for here, and I’m sure you do, too. Mainstream is another code word. If mangoes, arranged marriages, and terrorists will make my stories mainstream for big publishing, then, well, we’re at an impasse. There are opportunities, but unless the actual people making the decisions, the gatekeepers as it were, reflect the diversity of the writers and submissions that reach them, we’re going to keep having the same problems. These opportunities include the existence of indie presses like Unnamed whose mission is to find stories that reflect the world and that’s where they look for the books they publish. We have to create the opportunities through these alliances, promote each other, help each other, and hold doors open when we can. The more books that are out there defying “the market,” defying the so-called mainstream (white gaze) coddling trends, the more the odds will change.

Advice: Don’t write for agents and publishers, or people who can’t “connect” to your stories or characters. Don’t water down your work. Don’t italicize languages that aren’t English. Don’t apologize. Write the story you want to write. Write all the time, freely, honestly, and with respect for your craft. Keep learning every day.

Alice Stephens is the author of the novel Famous Adopted People.