In early April, I came downstairs to find water seeping beneath the door to the basement. It had been raining pretty steadily for a few days and what with the New York stay-at-home order declared just a few weeks prior, flooding was really beyond the pale. Panic rising, I started hauling the fourteen boxes I had in storage down there to safer ground.

The books—more than six hundred total—belonged to A.M,  an Egyptian translator, polyglot, and bibliophile who, until his last years spent in Egypt, had been based in Switzerland for most of his professional life. I inherited the collection last fall, after being hired by his nephew to catalog, store and sell the books. He had gotten A.M’s office packed up and shipped over from Geneva, with little knowledge as to what it contained. Next thing he knew, a lifetime’s heap of books was forming a rampart in the middle of his Brooklyn apartment. And what’s more, he was not a reader—unlike his uncle.

“He wrote a lot, too” the nephew relayed to me during our first phone call. “Poems and short stories mostly. He never published, though. It’s all probably still in his other office in Cairo.” My interest was piqued. A few days later, a white U-Haul pulled in to deliver the books.

I have a fascination with artists whose defining works were not made public in their lifetime. More often than not, they tend to be brilliant, prolific, and somewhat just out of reach, even when they were alive.

This explains my quiet obsession with Fernando Pessoa’s The Book of Disquiet, published in his native Portuguese for the first time in 1982, forty-seven years after his death. As a multilingual writer, translator, and philosopher, Pessoa was not so unlike my mysterious writer. His life’s work amounted to a wooden trunk full of fragmented musings, or his “factless autobiography,” which he attributed not to himself, but to his many literary alter-egos, or heteronyms. One such alter, Bernardo Soares (only a semi-heteronym for his near-indistinguishability from Pessoa’s identity) writes: “I am the empty stage where various actors act out various plays.” (Text 299). 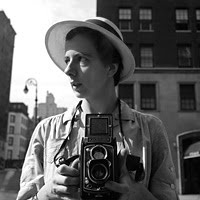 Pessoa’s compulsive play-acting reveals an evasive habit that seems common amongst posthumous artists, like the photographer Vivian Maier, who passed away in 2009. Like Pessoa, she was both highly prolific and extremely secretive. Digging into her past reveals odd quirks, including a supposedly affected French accent and a habit of dissimulating her real identity. Receipts, train tickets, and other records found among her personal effects are signed with every variation of the name “Maier”: Mayer, Meyer, Meyers…some slips amongst the hoarded paperasse are signed: “V. Smith,” “B. Smith,” or even yet “D. Smith.”

It wasn’t until 2007, when Chicago historian John Maloof purchased— for a total of $380—the bulk of her mostly undeveloped photographs at an estate auction, that she became known for her genius. Through extensive investigation, Maloof determined that Maier had not been a journalist or photographer, but a live-in nanny—a high-ranking attribute in her ever-growing artistic mythos. Now, with a body of work totaling about 150,000 negative, she is considered one of the most important street photographers of the 20th century, which begs the question:why didn’t she hold this title while she was still alive?

By their very nature, posthumous artists depend on others to discover, then build a legacy around, their considerable body of work. This relationship sustains the illusion that the locus of genius is in the auteur, rather than in the distribution, as Pierre Bourdieu in his book, “The Field of Cultural Production” would argue, of the intrinsic cultural capital of the work amongst the other players in the art market (i.e the publisher and consumer in addition to that original author.) He posits that: “the work of art is an object which exists as such only by virtue of the (collective) belief which knows and acknowledges it as a work of art.” In other words, audience maketh art.

Roland Barthes’s “Death of The Author” supports this conclusion, reasoning that a text’s original intent is secondary to the reader’s interpretation of its meaning. Yet he also concedes that: “contemporary culture is tyrannically centered on the author, his person, his history, his tastes, his passions. Criticism still consists, most of the time, in saying that Baudelaire’s work is the failure of the man Baudelaire, Van Gogh’s work his madness, Tchaikovsky’s his vice: the explanation of the work is always sought in the man who had produced it.”

Pessoa, arguably, embodies an inversion of this trope; his heteronyms share authorship of his seminal work—Pessoa himself recedes into the background, serving as the vanishing point to which his literary voices converge. But despite the work’s plural origins, every publication of The Book of Disquiet since its discovery has been attributed to a single mediator, Fernando Pessoa—and for good reason. A text so fragmentary in nature cannot also have more than one well as its source. (After all, the Old and New Testament may have been recorded by multiple people throughout antiquity, but its sum-product, the Bible, is uniformly, “the word of God.” )

Richard Zenith, who edited and translated the 2001 copy Disquiet confides, “Since loose-leaf edition is impractical, and since every established order is the wrong order, the mere circumstance of publication entails a kind of original sin. Every editor of this Book, automatically guilty, should (and I hereby do) (1) apologize for tampering with the original non-order, (2) emphasize that the order presented can claim no special validity, and (3) recommend that the readers invent their own order or, better yet, read the work’s many parts in absolutely random order.” As he puts it, subjectivity is unavoidable when editing the fragmentary oeuvre of an author who himself had no clear idea of how the fragments ought to be organized for publication.

The subject of artistic intent invariably arises in these cases, sparking debate that can’t be resolved as the artist is not there to endorse the process of dissemination and rarely leaves precise instructions on how to do so. When John Maloof first recognized the pressing need to share Vivian Maier with the world, he ran into a problem: galleries with the resources to take on the exorbitant costs and labor associated with developing the canisters of film she left behind and exhibit her photographs were initially unwilling to. Most institutions shy away from curating posthumous work, as they do not have all the pieces of the puzzle necessary to display it without tampering with the artist’s integrity.

A book published by Farrar, Strauss and Giroux’s experimental imprint, MCD (MCDx FSG) in 2019 reveals another dimension to the relationship between a deceased content-creator and their curator.

Kathryn Scanlan’s Aug 9-Fog is a compilation of prose poems crafted from a diary she found at an estate sale. Scanlan remarks upon the physicality of the book: “The diary was at some point submerged, or leaked on—the ink on the bottom third of almost every page has bled (blue, very pretty) and is almost undecipherable.”

As far as writing goes, the diary in its original format is as pure an act of creation-for-creation’s-sake as one can find. Its owner received it as a gift from her daughter and son-in-law; she began writing in it in 1968, when she was eight-six. Scanlan held onto the diary for fifteen years, poring over the pages, enamored with the sparse, organic beauty of its language. Eventually, she set about dissecting the entries, removing words or phrases, re-composing them into short poem-like-snippets organized into sections by season of the year.

“Ever where slick. Another beautiful white frost A.M     eyes got the glimmer.”

“D. washed my head. Fed all my flowers. No dogs in sight today.”

The author, in recording her day-to-day, seems to gravitate around the people in her life and the nature that surrounds them. While at first glance, the collection is as fragmentary and intimate as Pessoa’s writing, it gallops towards an unmistakable conclusion. Death lurks in these pages.

And yet, it is impossible to know whether this distinct pulse is purely the unnamed diarist’s voice, or the product of Scanlan’s mediation. This is a text repurposed, and while I love it, I cannot help but poke at the theft embedded in its conception.

In an interview with Publishers Weekly, Scanlan admitted that she did not remember whether she purchased the diary or simply found it in the detritus left over from the auction—a lapse in memory I find rather significant. Legally speaking, an artist’s estate, in the event of their death, is passed on to their next of kin, who become executor of the work until it becomes public domain (as Pessoa’s estate did in 2005, seventy years after his death).

Maier’s estate, on the other hand, is still bound by copyright law. While the 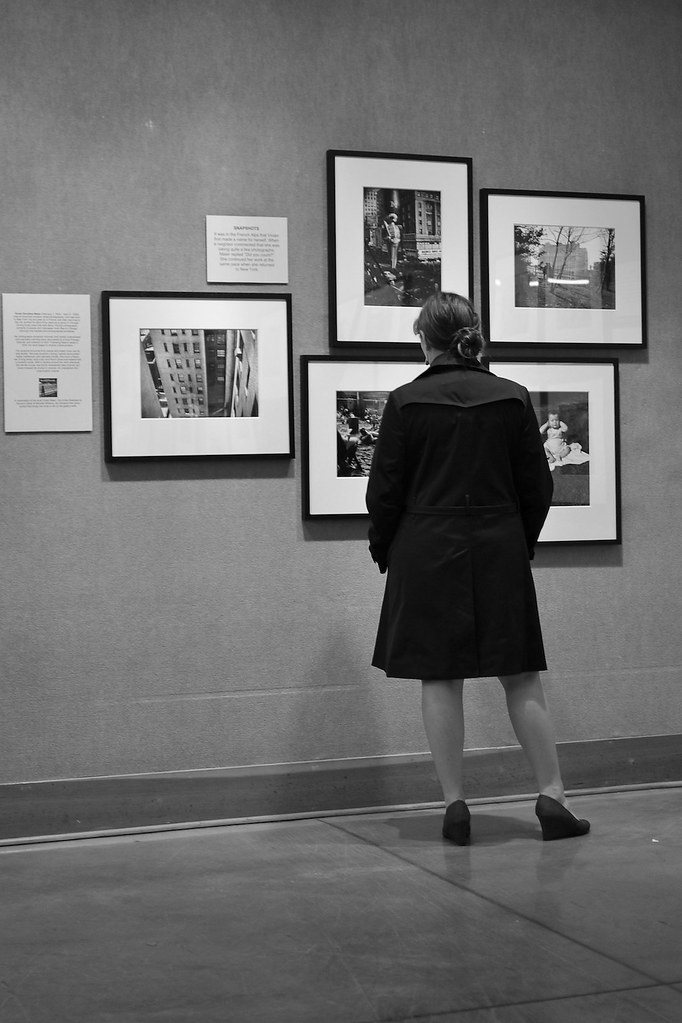 purchase of Maier’s effects gave Maloof ownership over her physical prints, it did not endow him with the rights to commercialize them. In effect, Vivian Maier still owns her photographs, or more specifically the rights to them—until 2079, when the work enters public domain.

The legal saga does not end there. Through extensive studies of Maier’s genealogy and childhood, John Maloof tracked down a distant cousin in rural France: Sylvain Jussaud (featured in Maloof’s 2013 documentary, Finding Vivian Maier). From Jussaud, Maloof bought the copyright to the photographs for $5,000. In 2016, he was reportedly in possession of 90% of Maier’s estate until a separate investigation conducted by the County Cook Probate Court uncovered another cousin, who litigated for possession of the estate.

The legality of Scanlan’s circumstances are blurry at best. Aug 9-Fog is not a replica of the original diary, but a piece of fiction lovingly woven from it. Scanlan, in her own words, admits: “In fact, I have possessed this work so thoroughly that the diarist has ceased to be an entirely unique, autonomous other to me. I don’t picture her. I am her.”

Ultimately, I cannot criticize those who seek to possess posthumous artists’ work—if not for them, neither the work nor the artist, would exist—as far as the rest of us are concerned. I do not invite the possibility that these artists did not wish for their work to be seen and celebrated. I opt for the theory that, like for so many of us, life and its struggles got in the way; hopefully, Fernando Pessoa, Vivian Maier and Kathryn Scanlan’s diarist had some idea of their own greatness, even if they never received validation outright.

Of course, the quandary persists: would they even be great if no one had ever discovered them? These days, it feels like most things are an unanswerable question.

In my routine daydreams, I am sitting on the floor in A.M’s dusty office, reading what he wrote for the first time. But even in the privacy of my own thoughts, I feel transgressive, as though I am conducting a voyeuristic postmortem. My ambition is to reconstruct the man out of his books and loose-leaf scribbles. I want to know whether what he wrote was good; I can’t stand to think it isn’t, or that he didn’t believe it was.

Recently, I came across A.M’s copy of H.P Lovecraft’s Démons et Merveilles—one of two editions. It was in this tired paperback, a gift from a friend or a loved one that had clearly been handled and read a few times, that I found a hand-written note. It reads:

(*For whom I one day hope to reunite with elsewhere than in the sarcophagi.)

Maddie King graduated from Skidmore College in 2018 with a degree in English and a focus in Creative Writing and Film.