Julayne Lee is not here to play nice with you, nor to gently break bad news, nor to be careful of your delicate feelings. In her debut collection of poetry, Not My White Savior, Lee tells her truth without fucking around:

Adopted from South Korea into a religiously devout, white Midwestern family, Lee was raised in isolation from her birth community, and from herself. Her poems reflect a troubled upbringing by people unprepared to lovingly raise a child of color (“Jealousy”), an eternal outsider’s quest for identity (“Dual Citizenship”), and above all, a furious interrogation of the systematic separation of Korean children from their mothers for profitable foreign export (“Korean ICA—Internment Camps of Abduction”).

To those who view transracial adoption as a generous act of mercy, to rich white people who feel that they can “always adopt,” to a public ignorant of the history of inter-country adoption, Lee is here to tell you the price she and other adoptees have paid for that strange form of self-congratulatory colonialism known as “white saviorism.”

Alice Stephens: Why did you title your book Not My White Savior?

Julayne Lee: The original title was Fuck You, White Barbie. After discussing with my attorney, we decided that while it was a great title, I’d be better off going with something that would keep me out of court.

I shared my poem titles with a few long-time friends and Not My White Savior was born. It oddly came to me one Sunday when I was getting out of my car to go to an open mic event and it stuck.

I’ve always felt that adoption is so entwined with saviorism and, as a transracial adoptee who was adopted via Holt, it felt even more prominent. Back in the day, Holt required adopters to sign a statement promising to raise their child in the Christian faith.

Not My White Savior does include my poem “Fuck You, White Barbie” which explores the importance of children having dolls who look like them. While the original title added some shock value, I think Not My White Savior has a broader appeal and is more fitting for my poem collection.

JL: I’m a poet, and I submitted my manuscript as a collection of poems. Since many are quite personal, I did feel that it was more a narrative. My goal with my book was to share my truth so that others might know that they were not alone and to expose the corruption of the adoption industry; it was my publisher who chose to frame it as “a memoir in poems.”

Poetry is my preferred genre as I feel it can bend perception. I’m a very private person so to even have written a book was terrifying. I think if it were a traditional memoir, then it’s about me and I have to share my life with the world. I included poems that are more collective or about other individuals, including the persona poem “Return to Sender,” which highlights what it might be like to be a deported adoptee without citizenship. While some have criticized and questioned if it’s really a memoir, others have praised the poems that memorialize some of the adoptees we’ve lost.

According to dictionary.com, a poem is “a composition in verse . . . to express an intensely imaginative interpretation of the subject.” So for me, poetry is the perfect genre to artistically tell my story in a way that is relatable for adoptees and digestible for a broader audience. 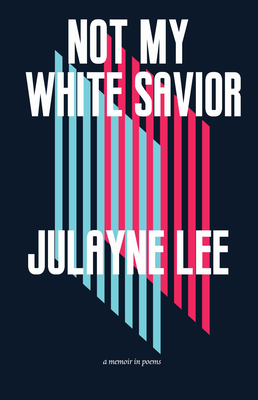 AS: As one would expect from a memoir, the poems cover all stages of your life. When did you start writing poetry? Was poetry always a part of your life or was it something you discovered later?

JL: I started writing poetry about 17 years ago. When I heard the Asian Pacific Islander American Spoken Word groups Mongrel and I Was Born With Two Tongues, it was the first time I heard someone who looked like me verbalize from a stage what I never knew I felt. There was anger, and beauty within that anger because it was authentic. They were performers but it wasn’t for show. It was for Asian Americans and our validation. That we had anger that was real and worth listening to.

AS: Many adoptees go through a journey of self-discovery in order to come to terms with what it means to be adopted. What role did poetry play in your adoption journey?

JL: Poetry was critical to my adoption journey. If it hadn’t been for the APIA Spoken Word and Poetry Summit, I’m not sure I’d ever have written more than a handful of poems.

When I moved back to Korea in 2004, I was confronted regularly with how problematic inter-country adoption is. I found myself confident I’d made the right decision to move back on a one-way ticket, yet angry that Korea was still exporting babies. Korea did not make sense and it still doesn’t. As I told a friend last summer after traveling (I just typed “visiting” but that seems not right when it’s my birth country) to Korea, It’s still fucked up.

I lived alone in Korea, so writing was how I processed everything that didn’t make sense. I wrote a lot of long, angry poems like “Korean ICA—Internment Camps of Abduction” and “Homeland Insecurities.” And I had friends who organized open mic fundraisers so I was able to read and share my writing. It was cathartic and I read for my own benefit. I had gotten my emotions out on paper but now I wanted to get the words out in the world, if only for one evening. I didn’t even care if anyone listened but when you have an audience, you can be tricked into thinking they are listening and that they care. That was all I wanted. It was validation that what I was writing and what I said mattered. What I wasn’t prepared for at the time was other adoptees wanting to talk with me about my writing, wanting copies of it, and someone wanting to translate it. I was writing for myself and they were invited for one night to share it. I didn’t really want much beyond that and didn’t think about writing more. It was through these open mics that I began to feel my anger was acceptable. And for those spaces, audiences, and organizers, I’ll be forever grateful.

AS: I imagine it was difficult to find a publisher for Not My White Savior, whose title alone would be a turn-off to a publishing world dominated by white people, and with the contents more than delivering. Please describe the path to publication for this unusual, fearless, and confrontational collection of poetry.

JL: I was part of Community Literature Initiative which is a program at the University of Southern California. After nine months of creative writing classes, every student in the class participates in the Author Draft. I had seven minutes to read my poetry and to pitch my book. Publishers attend, receive an excerpt of each manuscript, and decide who they want to publish.

After Rare Bird Books heard me at the Author Draft, they requested my full manuscript. I knew that they did not at the time publish poetry, but I was on a mission to change that. The title then was Fuck You, White Barbie. In our first meeting, what I remember is that they said they liked the anger in my book. This was the exact opposite of what I’d heard my whole life in regards to anything, and particularly adoption. My anger had been validated. I came out of the meeting confident that while Rare Bird loved books, they also took publishing seriously and understood the business and marketing side of publishing. While I knew little about book distribution at the time, I knew I needed Korean adoptees around the world to be able to purchase my book, and Rare Bird exports not only to America but also Canada, Australia, and several European countries. Rare Bird had the right infrastructure in place for Not My White Savior. I did receive a second contract but the publisher was less than professional at the first meeting. That was a big red flag to politely decline.

AS: Which poets inspire and influence you?

AS: You have a degree in Mathematics Education. Do you use your math skills in writing poetry or are they two completely separate languages?

JL: I guess you could say they’re two completely separate languages and, for me, it’s important to balance writing with my analytical side. I love data and am fascinated by the stories it tells us and how it can influence decisions. Poetry also tells a story and I try to do so in a way that is compelling enough for someone to want to learn more. I’ve had a number of people tell me they’ve never thought of adoption as anything but positive until Not My White Savior. That was the intention of my book, to shift the narrative and share my truth.

AS: Thank you for taking the time to share your truth with Bloom. One final question, what are you working on now?

JL: I’m working on myself because if my journey is over, then I have nothing left to learn or give and that to me would be an unfulfilling life.

In a tweet about her 2020 manifestations, poet Faylita Hicks shared, “I am always either healing or building.” That stuck with me because it seemed so simple. Like a filter to choose how to spend my time and with whom. At the same time, it isn’t easy when this is not the intention of the rest of the world. Perhaps in this time of quarantine it will become natural, like finding solitude in a monastery and being in a constant state of mindfulness.

In regards to writing, I’m working on a manuscript of essays and poems interrogating the spiritual abuse I experienced and the systems that allowed it. I touched on this in Not My White Savior but there is more. The Christian schools and churches I attended were predominantly white institutions. In addition to not affirming who I was as a transracial adoptee, there was a heavy message of shame and judgment. In the Christian faith, believers talk about being born again, redemption. My redemption was to recognize the spiritual abuse and walk into spaces that know how to embrace me without judgment.

Alice Stephens is the author of the novel Famous Adopted People.