When I recently launched an online workshop for over-50 writers, I guessed that many of the same challenges I faced as an older writer — I’m now 62 — would be shared by others. My guess was mostly right. But there was a pleasant surprise, too.

The workshop, organized under the auspices of The Writers Studio, an independent writing school where I’ve taught for over a decade, launched roughly one year ago. Over the ensuing weeks and months, my students have shown me that while older writers do face unique challenges, they also possess special strengths. What’s more, these strengths are more than equal to the challenges.

Here’s what I’ve learned from my older (but far from old) students.

“Really, that’s interesting?” It’s easy for older writers to think their material — the subject matter they’re obsessed with — will fail to interest others. After all, for them, it’s familiar, nothing new. One of my writing students, well into her 80s, was surprised that her stories, set in the bohemian Greenwich Village of the 1950s, held our workshop fascinated. “You’d really want to read more of this?” she asked skeptically. We did.

Beginner-itis: If you’ve never written seriously before, or haven’t for a long time, then your initial attempts are likely to be pretty bad. That’s true in any field. We don’t expect a first-time piano student to dash off a Beethoven sonata. But in the case of older writers, there’s an extra impediment: They’re accustomed to competence, whether that’s at work, home or elsewhere. It may have been many years since they were beginners. And the work of beginners is, well, often less than good.

Making time: Time for writing has to be made, not found. Writers know this, but some writing students imagine it’s otherwise. I tell them they’ll need to block out time to write over the coming weeks, months, and years. I don’t mean to discourage them, but I do want them to focus on making time for their writing. For many, it’s a struggle.

Another challenge comes from what economists call an “opportunity cost.” Essentially, that means that when you’re writing, there’s something else you could be doing but aren’t. Instead of writing, you could be watching TV, hanging out with friends, checking Facebook, or any of a million other things.

Finally, there’s a somber question hanging overhead: How much more time do I have? And will it be enough? As one of my students said during a recent chat, it’s the feeling of “the time crunch to complete something I’m satisfied with…but with only so many years left to do it.”

Counterproductive self-talk: The most important stories may be the ones older writers silently tell themselves. Unfortunately, these stories can be destructive, especially if they’re based on mistaken ideas: “I’m no good at this,” “What’s the point?” “I’ll never succeed.” Repeated frequently enough, these messages can become self-imposed, self-limiting laws. The solution would seem to be simply replacing them with more positive messages, but it’s not that simple. First, identifying these erroneous messages can be difficult. Second, simple replacement may not work. The self knows “I’m a great writer, a genius” is unlikely to be true. And a more honest statement — for example, “My writing can improve with hard work” — may be so modest it fails to inspire.

Impatience, frustration, envy: Deadly sins for writers of any age, these emotions can be especially damaging for older writers. While they’re learning this difficult art, others — many young enough to be their kids, even grandkids — are getting published, winning awards, achieving fame. If an older writer can channel these negative feelings to energize their own work, great. But if not, impatience, envy, and frustration can stop them dead in their tracks. 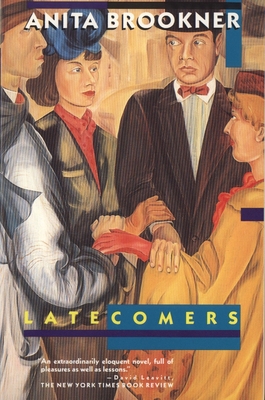 Lack of role models: It’s easy to fall for the myth that all the best writers start young. There’s Rimbaud, revolutionizing poetry at 17; Keats, dead at 25; the latest twenty-something’s memoir of drug addiction and child abuse in the bookstore window. Even the older writers getting acclaim seem to have been at it for years; now they’re capping a long, successful career. The fact that many first-rate writers started later in life — Anita Brookner, Annie Proulx, Jose Saramago, Frank McCourt, and many others — gets little mention (present venue excluded).

Health issues: Another enemy of time and energy, health issues can be a serious issue for older writers. Even those of us who are nominally healthy probably lack the energy and drive of our younger years, and good writing demands both. Add a serious disease or injury, and finding the time and focus to write can become extremely difficult, even impossible. I recently had two students drop out midway through our term, one to deal with a seriously ill spouse, the other with a death in the family.

Technological ignorance: Writing and publishing in the twenty-first century requires writers to be fluent with the latest computing devices, web tools, and social media. To be sure, many older writers are comfortable with digital tech. But not all. One of my students found the seemingly simple task of saving a Word document as a PDF utterly baffling.

Difficulty getting published: Even if older writers can get past all the other obstacles, getting published isn’t easy. First-readers at literary journals tend to be young. At university-published journals, they may even be college undergrads. Is it really surprising that a 20-year-old English student immersed in multicultural transgender studies might pass on your poem or story about dementia, arthritis, or some other senior issue? The situation is similar at book publishers. Given the choice between a young writer who’s eager to sign for a multi-title contract and a 70-something who will be lucky to squeeze out one thin book, few book editors would need to ponder the matter for too long.

Patience and persistence: Older writers know that acquiring a new skill takes time. The first poem or story they attempt will likely be awkward, perhaps even awful. But that’s no reason to give up. It’s also the first step toward a highly desired destination — one that’s achievable, just not overnight.

Financial freedom: For better or worse, most older writers have already figured out a way to make a living. They don’t expect to earn significant income from their creative writing. Given publishing’s current economics, that’s a favorable approach.

Free time: Recent empty-nesters, new retirees, and others may find themselves suddenly blessed with the gift of time. At least some of the hours once dedicated to a job or family chores can now be dedicated to reading and writing. Kids’ bedrooms can be converted to writing offices (ask my adult daughter!). And a long-deferred dream can get some attention.

A sense of urgency: Life, we’re discovering, truly is short. Putting things off for an unknown future seems increasingly risky. If we don’t pursue our dream of writing now, when will we? In the words of my favorite philosopher, Charlie Parker, now’s the time.

Reading background: Many older writers have a solid background in literature. Some of my students were English majors. Others worked in fields that require advanced writing and reading skills, such as publishing, journalism, public relations, advertising, and law. They’ve read a lot of books over the years, they’ve developed a working knowledge of literary history, and they’ve discovered the writers and styles they like. Yet they’re also open to discovering new writers and narrative approaches.

As my students have shown, writing over the age of 50 isn’t always easy. Challenges abound, some of them daunting. For many writers, becoming aware of these challenges can be the first step toward overcoming them. Fortunately, older writers all possess unique strengths. Recognizing these powers, even celebrating them, can be the first step to harnessing their artistic force.

Peter Krass launched and teaches an online workshop for over-50 writers at The Writers Studio, an independent writing school founded by Pulitzer Prize-winning poet Philip Schultz. Peter’s poetry has appeared in online and print journals including Rattle, Atlanta Review and New Verse News. He’s also the poetry co-editor of The Writers Studio at 30 (Epiphany Editions, 2017). Peter came to poetry after a 20-year career as a business and technology journalist; now, in addition to teaching, he works as a freelance writer and editor.

2 thoughts on “Writing over 50: A Teacher’s Own Lessons”