Fiction / In Their Own Words 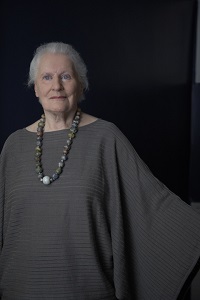 In Monday’s feature on Diana Athill, Amy Weldon showed us the many facets of Athill’s accomplishments—writing, editing, and publishing; the quest to find an identity beyond the constraints of gender; and an unflagging commitment to clear sight and honesty in her prose. These are represented in the quotes below, taken from Athill’s memoirs, interviews, and journalism she’s published over the course of her remarkable career.

“Through Norman Mailer’s The Naked and the Dead

I was able to feel what it was like to be a soldier manhandling a gun out of a swamp while under bombardment; through Nabokov’s Lolita

I knew the desire that can overpower a middle-aged man at the sight of a little girl. And, above all, there is that sense of continuity, of how ‘Now’ has grown out of ‘Then,’ and of the infinitely complex network of connections between human beings, whether near or far.” —“Life classes,” The Guardian, 2005

“I doubt if there was a sentence—certainly there was not a paragraph—that I did not alter and often have to retype, sending it chapter by chapter to the author for his approval which—although he was naturally grouchy—he always gave. I enjoyed the work. It was like removing layers of crumpled brown paper from an awkwardly shaped parcel, and revealing the attractive present which it contained . . . Soon after the book’s publication it was reviewed in The Times Literary Supplement: an excellent book, said the reviewer, scholarly and full of fascinating detail, and beautifully written into the bargain. The author promptly sent me a clipping of this review, pinned to a short note. ‘How nice of him,’ I thought, ‘he’s going to say thank you!’ What he said in fact was: “You will observe the comment about the writing which confirms what I have thought all along, that none of that fuss about it was necessary.’ When I had stopped laughing I accepted the message: an editor must never expect thanks (sometimes they come, but they must always be seen as a bonus). We must always remember that we are only midwives—if we want praise for progeny we must give birth to our own.” —Stet: A Memoir (2000)

“One of the things that make me love writing or looking at pictures is that you become unconscious of yourself. Anything absorbing makes you become not ‘I’ but ‘eye’—you escape the ego.” —from an interview at Intelligent Life, 2008

“Since I moved last year into a retirement home I have often been asked: “What would you say are the good things about old age?” and one of them about mine now seems to be that anything you manage to do strikes people as more remarkable than it would have been when you were younger. And that, I have to say, is very pleasing indeed.” —“Who is that woman who looks like me?,” The Telegraph, 2010

“…when love-happiness faded out, writing-happiness took over. I had enjoyed writing three books during the 1960s and early 70s, and had then, with only mild regret, ceased to write. After retiring from my job as a publisher I started again, and the three books—plus a collection of letters that I have written and published since I was 80 (I am now 95)—have gone surprisingly well, well enough to astonish me, and to please me a great deal. Success in old age, when things have stopped really mattering, has a frivolous sort of charm unlike anything one experiences in middle age. It feels like a deliciously surprising treat. Perhaps as one advances into second childhood one recovers something of first childhood’s appetite for treats. Whatever the nature of the feeling, it allows me to state that it is possible to recover from failure: to digest it, make use of it and forget it. Which is something to remember if you happen to be experiencing it.” —from “Falling short: seven writers reflect on failure,” in The Guardian, 2013

“So I conclude that it is a waste of an old person’s time to worry about not being what one ought to be: chances to change missed are chances to change lost (let the young remember that!). Put as much goodness as you can into the cultivation of your own little garden, enjoy it as much as you can without harming others, and you won’t leave the world much uglier than you found it.” —“Life classes,” The Guardian, 2005