If you enjoyed looking at last month’s list of Bloomers with day jobs, check out this NPR spotlight on the second jobs of poets, “From Dissections to Depositions.” Among the authors featured are Katherine Larson, prizewinning poet and molecular biologist; and Monica Youn and Lawrence Joseph, both poets who practice law. 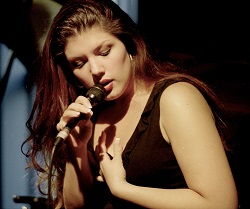 While she may not be a Bloomer by the strictest definition, 35-year-old jazz singer Jane Monheit is certainly blooming. She sat down with NPR’s Celeste Headlee in April to discuss how career experience and motherhood have changed her outlook on her art and helped her to develop her style. “I’ve definitely simplified as I’ve gotten older,” she says, “because the lyrics are more important than a bunch of needless improvisation. I don’t need to prove my musical knowledge. I need to make choices that tell a good story.”

At the New Yorker, Bobbie Ann Mason takes a look at the life of Michèle Moët-Agniel, “the girl in the blue beret” who, during World War II, led her father-in-law to a safe-house when his B-17 crashed along the border of France and Belgium. Many years later, Mason found Moët-Agniel out, and fictionalized her fascinating experience in the novel The Girl in the Blue Beret

. But it wasn’t until April of this year that Moët-Agniel, at over 80 years of age, got to tell the story as her own, as part of a National Deportation Day ceremony honoring her and her family’s sacrifices. Read the inspiring tale here.

After writing an essay on the travel books of writer Patrick Leigh Fermor, Ben Downing was invited by the author to visit him at his home in Greece, which allowed Downing to produce this excellent piece on their time together. Fermor, memorably described by the BBC’s Richard B. Woodward as “a cross between Indiana Jones, James Bond, and Graham Greene,” published his first book at 35, after a fascinating life spent serving at military posts throughout Ireland, Greece, and Egypt and traveling through countries in Europe, Central America, and the Caribbean, among other regions. 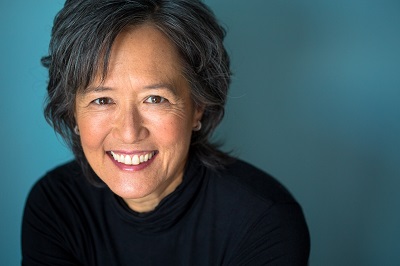 Over at Bookslut, Teresa Burns Gunther writes about Ruth Ozeki’s latest novel, A Tale for the Time Being

. Tale is the story of Nao—a young girl in Tokyo who seeks to escape bullying by turning to the story of her grandmother, Jiko—and Ruth, a writer who discovers Nao’s diary and embarks on a quest to find out more about it, taking her, in turn, into her own past. Ozeki, who worked in television as a producer for many years before venturing into filmmaking, and debuting at 42 with the clever novel My Year of Meats

, also happens to be a Zen Buddhist priest (which brings to mind another Bloomer we’ve featured in the past, Spencer Reece). In the Bookslut interview, Ozeki shares some fascinating insights on Tale’s genesis, the themes of her work, and the role her faith plays in it all. (Fans of our three features on Shawn Vestal, who was raised in the Mormon faith, may find Ozeki’s insights particularly interesting.)

You may remember our recent art feature, “Tesser Well, Madeleine L’Engle,” Forsyth Harmon’s illustrated tribute to the author of the celebrated young adult series A Wrinkle in Time

. A tribute of another kind took place in 2010, when Bloomer Rebecca Stead—who at age 11 received a “Tesser Well” from L’Engle herself at a book signing—published When You Reach Me

. In the novel, Stead uses the avatar of a preteen protagonist named Miranda to travel, or “tesser,” to her own past. At the LA Review of Books, Kristen Kittscher gives the book a rave review, declaring it “reminds us that stories have urgency, that telling them (or understanding them fully) can be a struggle, and…that they hold the power to transform writers and readers alike.”

At The Independent, novelist Tessa Hadley talks about the “lifetime” it took for her to write and publish her debut, 2002’s Accidents in the Home

. Though she wanted to write for years, Hadley—whose latest novel, Clever Girl, was published earlier this year—confesses that the road was a rough one, from the difficulties she faced in childhood finding literature that reflected her own experience, to the discouragement she felt as a young adult when (after which she put literature aside for a time) she realized how idealistic her romantic dreams of being a teacher were. Nevertheless, as Hadley tells journalist James Kidd, while “[i]t can be very circuitous to find your way to what’s plain, what’s natural to you, the best forms for your mind,” it was those very circuits—the long years spent reading, teaching, and raising a family—that eventually led her back to her first loves, literature and writing. (Thanks to Thomas Beckwith at The Millions for the tip!)

Another Bloomer, Khaled Hosseini, whose latest novel And the Mountains Echoed

came out last month, celebrated the occasion by sharing his favorite short story collections with the folks at The Daily Beast. A fellow Bloomer, Daniyal Mueenuddin (author of In Other Rooms, Other Wonders

If the links in this month’s “At Large” have been about stories you should read, here are some you shouldn’t—while you’re in your 20s, anyway. Flavorwire’s Emily Temple lists 15 books that twenty-somethings would be better off without. Selections include Jack Kerouac’s On the Road

by Ayn Rand, among others.